Electric bikes are the ultimate replacement for gasoline-powered personal cars and expensive public transport. People can ride to work or school or enjoy a relaxing ride whenever and wherever they want.

The key component that separates an e-bike from traditional bikes is its electric battery. These electric batteries are the main drivers of the e-bike’s market price and are also the most sensitive electric component. 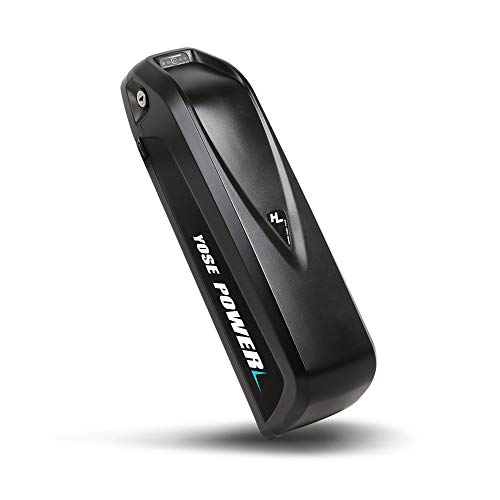 Fortunately, battery repair is possible if an e-bike owner makes timely visits to the e-bike workshop.

Can Electric Bike Batteries Be Repaired?

Electric bike batteries are designed to have an average lifespan of around three to seven years. However, your battery’s lifespan can vary depending on the way you ride your bike..

This way, the e-bike owners have the peace of mind that their battery will be tested and repaired by the team of experts who initially designed it.

It doesn’t even need to be the original team. As long as the people repairing the battery are adequately trained, they’ll be able to fix any issue with the battery.

If the warranty period has passed for an electric bike battery, e-bike owners can still visit different repair shops that specifically deal in e-bike batteries.

Suppose an electric bike owner takes their e-bike’s battery to the battery repair workshop as soon as they notice a problem with its charge capacity or performance. In that case, repairs are usually less complicated and not as costly.

However, if a rider either is oblivious to the damage to their e-bike battery or continues to deliberately delay visiting a repair shop, simple repairs become almost impossible. 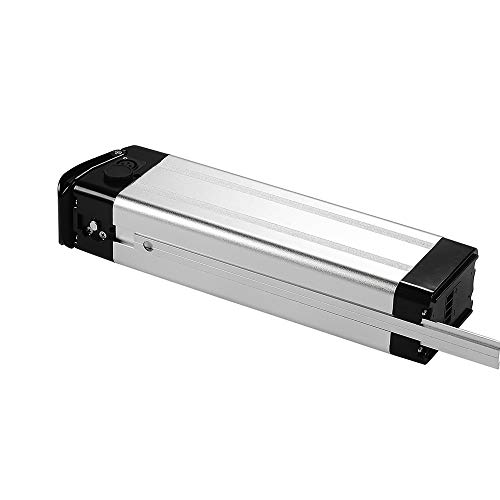 If the battery has sustained a considerable amount of damage, the repair shop workers will either have to replace most of the battery’s components, or the rider will have no choice but to invest in a new e-bike battery.

Usually, complicated battery repairs or replacements can be extremely expensive for most electric bike owners.

Continue reading to learn how an electric bike battery works and what practices cause the battery to get damaged over its use.

Moreover, this article will also highlight exactly why e-bike batteries need to be handled with care, along with listing some golden tips to prevent and minimize battery damage.

Read Can We Charge Electric Bike at Home?

What Are Electric Bike Batteries?

Today’s consumers are well aware of how fossil fuel combustion and the global dependence on gasoline-powered vehicles have affected the environment.

This awareness and concern are what primarily helped the electric bike industry take off almost instantly after the launch of the first commercial eBike a few decades ago.

The key difference that sets an electric bike apart from a traditional bike, and allows it to have a market price higher than most cars, is the addition of its electric system and different components.

Some electric bike brands, such as Brompton Electric, manufacture and design their own ebike chemical batteries, while many brands outsource these tasks to battery experts such as Bosch.

Moreover, some e-bike batteries are built inside an e-bike crossbar or frame, while some easily detachable batteries are installed externally to the e-bike’s frame. 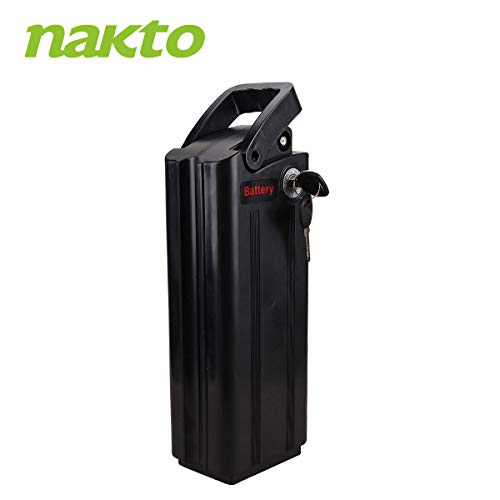 When electric bikes were first designed, they came with either lead-acid or nickel-cobalt batteries. While these chemical batteries did a good enough job to store electric charge and power the e-bike, they were not the best.

Both these chemical batteries were huge and heavy enough to impact the e-bike’s rideability. Moreover, despite the large size, these batteries could not store a lot of charge, resulting in a limited e-bike range.

Soon after consumer concerns regarding the e-bike battery limitations began to get sufficient attention, battery experts managed to design a superior chemical battery.

The new batteries have a lithium-ion composition, which allows them to carry a greater amount of electric charge, offer an impressive increase in e-bike range, and higher top speeds.

Moreover, these lightweight e-bike batteries can be designed and molded into compact sizes and different shapes. As a result, they can be manufactured to fit into all kinds of bulky and slender electric bikes.

However, although lithium-ion batteries have successfully provided a solution for many common consumer concerns, these batteries are much more sensitive and susceptible to damage. 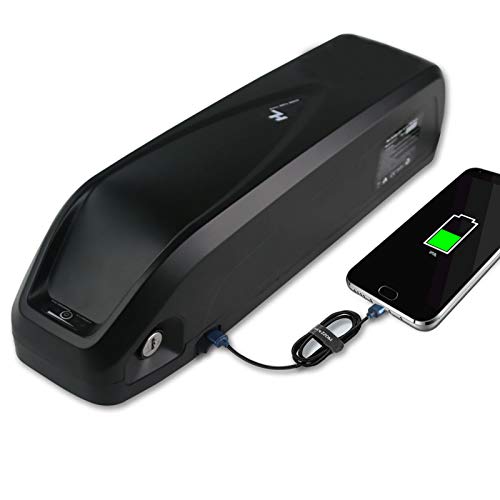 How Do Electric Bike Batteries Work?

This is how the batteries of an electric bike work:

As a result, the added kinetic energy helps the rider’s pedaling motion, allowing the electric bike to gain momentum and pick up speed.

As explained above, lithium-ion batteries have longer lifespans and may offer better ranges; however, their sensitivity to extreme conditions continues to be a concern for most riders.

Even though an electric bike’s battery usually lasts up to seven or more years, some e-bike riders complain about having to pay for expensive battery repairs and replacements in the first few years.

Although this can sometimes be due to an e-bike battery’s poor quality or a manufacturing fault, this is rarely the case. 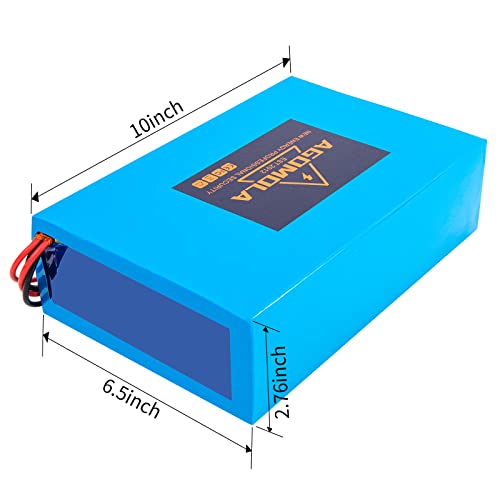 Some common practices that damage e-bike batteries are as follows:

Riding an Electric Bike on a Low Battery Charge

All battery-powered devices are completely dependent on how their user charges them.

If a rider rides their electric bike on a low battery, accelerating or increasing the speed will add stress to the e-bike’s battery.

As a result, the battery cells are forced to discharge high amounts of chemical energy at a faster rate. If repeated frequently, the battery eventually loses its ability to store a charge, which will then require expensive repairs.

Charging the Electric Bike Battery After a Complete Depletion

When an electric bike’s chemical battery is fully depleted, it loses some of its charge-storing capacity.

When such practices are frequently repeated, the loss of charge storing capacity is enough to bring a notable decrease in the average range and top speed that the electric bike offers.

Moreover, with reduced capacity, the average lifespan of the battery also goes down. Eventually, the rider either has to pay for battery repairs or has to reinvest in a new electric bike battery. 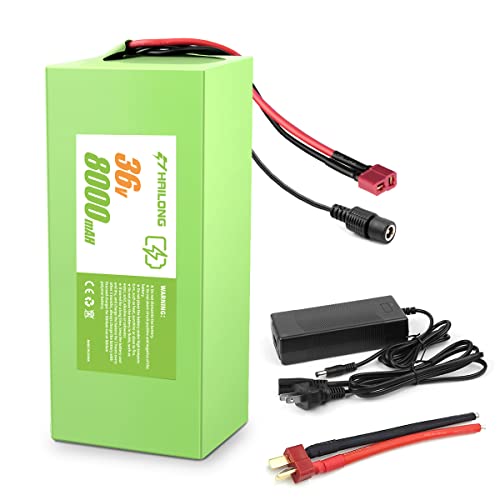 Although e-bike riders are encouraged to charge their e-bike batteries daily, leaving the battery connected to a power source for extended periods or overnight can be extremely damaging to the battery.

Overcharging the e-bike battery can cause the battery cells to heat up, resulting in a permanent loss of charge capacity.

As a result, the battery offers a compromised riding range, and its expected lifespan greatly decreases.

If a rider uses an outsourced charging cable to charge the e-bike battery instead of the manufacturer-provided charger, they may expose the batteries to unhealthy current surges.

A surge in electric current can cause the battery to fry, resulting in expensive battery replacement costs.

If a person cannot afford a new battery, they have no choice but to return to costly public transport and gasoline-powered vehicles.

Considering the price of gas these days, that’s a heavy toll on the wallet that eBike riders will have to bear.

Allowing an e-bike battery to fully discharge results in a permanent loss of charging storage capacity.

If the discharged battery is stored for an extended period, its liquid will begin to dry up with time. As a result, the battery may completely lose its ability to store charge and thus will become useless. 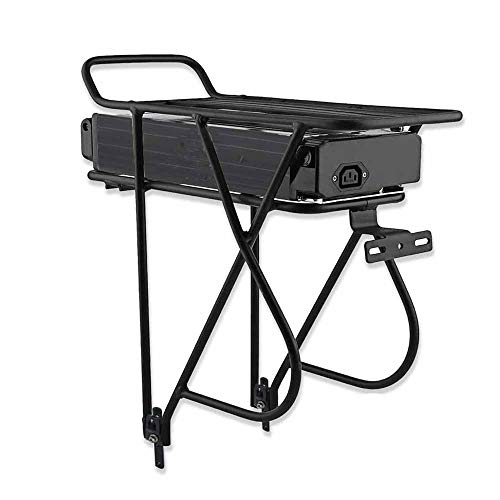 Lithium-ion batteries are extremely sensitive to extreme weather conditions. If a rider ignores the battery’s limitations, the battery will die prematurely.

If an overheated battery is connected to a charging source, not only will its battery cells get fried, but there is also a danger of the battery exploding.

Moreover, if the rider allows the battery to be stored in extremely cold conditions, its battery liquid may freeze.

Once the battery liquid goes back to its regular state (liquid), it will no longer have the same potential or capacity as before.

Riding the Electric Bike on Rough and Steep Terrains

Most electric bikes are not designed for adventurous rides or biking trails. If a rider still chooses to ride their electric bike on rough and steep terrains, this will add an unnecessary amount of stress to the battery.

As a result, it will lose its range, capacity, and functionality. This will require expensive repairs, or in extreme conditions, and total replacement.

Read Can I Leave My Ebike On Charge Overnight?

Just like with a normal motorcycle, continuously hitting the throttle will cause an eBike’s batteries to burn out. In a motorcycle, the engine suffers and eventually dies out.

In most cases, battery repairs are no longer possible, and an expensive replacement is the only solution.

It is extremely important that the rider pays attention to the state of the electric bike’s tires. This is important because the tires have to pull the weight of the bike’s body and the rider while offering speed and a smooth ride.

If the tires are old, worn-out, sticky, or deflated, riding on them will damage the e-bike’s battery in the long run. 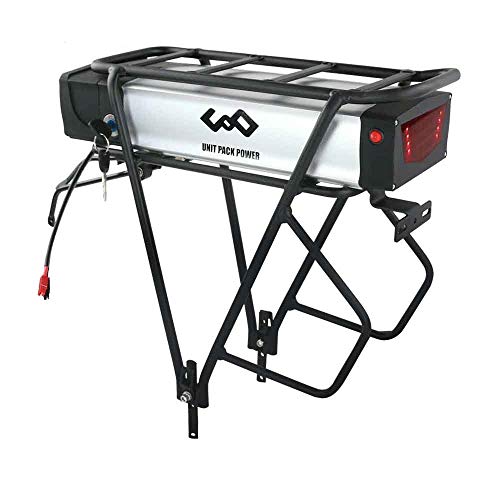 Electric bike battery repairs usually get complicated when the owner delays timely repairs. Once the damage has gone beyond a certain point, battery replacement is the only option a person has if they wish to continue riding their electric bike.

Read How Do You Charge an Electric Bike

The main driver of an e-bike’s expensive market price is its battery. Hence, repairing or replacing these batteries is always a costly affair.

Battery repairs are usually less expensive than replacements. On average, most e-bike battery repairs will cost the rider around 500 to 750 USD.

However, if the repair costs surpass the price of a new battery, the rider will have no choice but to opt for battery replacement.

On average, most battery replacements will cost around 500 to 1500 USD. If the rider cannot afford these replacements, they will have no choice but to give up on their electric bike.

At times, maintaining an electric bike can be just as expensive as purchasing it. However, this does not always have to be the case.

When an e-bike owner does not pay attention to the battery’s condition and continues to ride in a way that damages the battery’s capacity, quality, and lifespan, the battery eventually becomes useless.

If the battery still has some juice, battery experts can try to bring it back to life. However, a replacement is the only solution if the battery has sustained heavy damage.

Hence, riders should focus on developing the following riding practices:

You may also like the following electric bike articles: