Electric bikes are becoming more and more popular in the United States as a way to reduce pollution and save on gas. They’re prevalent in cities and towns, where people don’t want to deal with the hassle of parking and traffic.

This article will discuss whether or not it’s possible to charge an electric bike at home as well as look at the many different places you can charge your electric bike when you’re not at home. 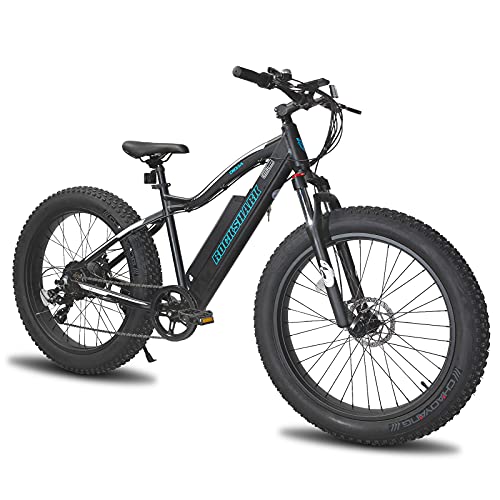 Can You Charge an Electric Bike at Home?

The short answer is: Yes, it’s possible to charge an electric bike at home. There are even outlets that you can install specifically for charging your bike. However, whether or not this is a good idea largely depends on the user and their biking habits.

For example, if you never expect to ride more than 20 miles in a single trip (and will be able to recharge before needing another trip), then charging at home might be convenient and save you money on gas and parking fees over time.

On the other hand, if you’ll need to ride for longer than 40 miles every day, then recharging may take too long and become inconvenient enough that you decide against using your bike instead of your car.

Some electric bike models out on the market have batteries that can be removed and recharged at home with a typical power outlet, but this is not true for all brands. Your best bet is to check on the specific model you’re considering buying.

Even if it does have removable batteries, you’ll probably still want to charge them overnight so they’ll be ready to go in the morning.

Keep in mind that most models only take around six hours to recharge fully, so charging overnight won’t take up too much time or energy from you.

For example, if you usually sleep eight hours per night, charging your battery while you sleep will only take up 8 percent of your day. That’s not a big deal at all compared to the convenience and eco-friendly benefits of riding an electric bike in the first place.

Tips for Charging Your Electric Bike at Home

If you decide that charging at home is the best option for you, you can do a few things to make sure your battery charge lasts as long as possible. This includes:

By following these tips, you’ll be able to get the most out of your battery without having to recharge it constantly. 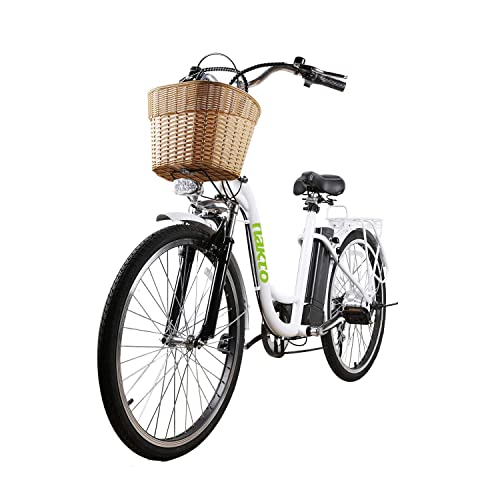 Where Else Can You Charge an Electric Bike?

There are several places other than home where you can charge your electric bike. Some businesses might even offer rewards if you arrive on an electric bike – for example, buying a cup of coffee or receiving free wifi access for the day.

It’s always a good idea to pack an extension cord if you think that the only places you’ll be able to charge your electric bike are businesses or other public spaces.

This will maximize your options and let you spend more time out riding rather than worrying about where to plug in next.

Not only do libraries often have free wifi access and books for browsing, but they also allow people to charge their electric bikes while using either of the previously mentioned amenities.

This is probably the most comfortable place to charge your electronic bicycle since there’s plenty of seating inside. =

It might not be an ideal situation if you need to leave early in the morning before library hours are over or if that particular branch of your library is packed on a given day, but it’s still a good backup option when all else fails.

If your work or office has electricity available, then consider asking about installing an outlet specifically for your bike. Chances are they’ll be able to accommodate you, especially since you’re the one who’ll benefit from it.

Of course, many places might consider this a hassle, but they probably won’t argue if you offer to pay for the materials and installation fee yourself.

Just keep in mind that you might not be able to charge during work hours or if your office is small enough that there’s only room for one outlet at a time.

Many malls have parking garages where it’s possible to charge your electric bike while shopping or catching a movie at the mall theater.

It is especially convenient if you’re spending several hours inside since it means that you won’t need to worry about running out of battery power halfway through your trip or after just one store’s worth of browsing.

Also, keep in mind that many malls charge for parking, so this may not save money over finding free parking elsewhere—although there is typically free wifi available in the common areas of the mall that you can use while your bike is charging.

Universities and colleges are similar to shopping malls since they usually have parking garages that allow bikes to charge while you’re inside.

However, universities are often much larger than shopping malls, so there may not be enough electricity available to provide charging spots for everyone who wants them—especially during special events like homecoming week or graduation weekend.

So it might take some planning ahead if you want your bike charged by the time you need it instead of having to wait another day or two. 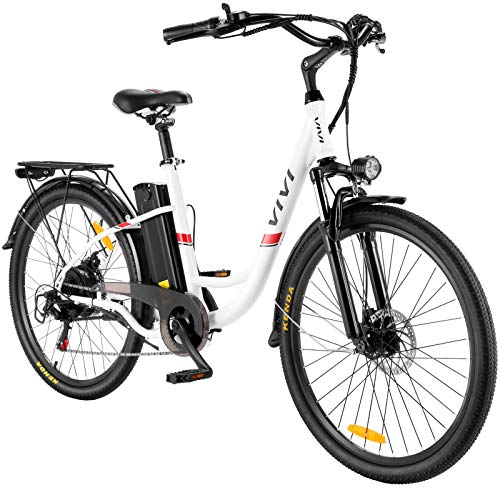 Some cities only have one or two shops that sell electric bicycles in their area. These stores will know how important it is for customers to keep their biking charged, so they may be willing to let you charge your bike while you shop. They might even have charging plugs built into the walls for this express purpose.

If electric bicycles are prevalent enough in your area that there’s only one store selling them, consider dropping by every couple of weeks or months to ask if it would be okay for you to keep your battery charged up while you’re browsing their merchandise.

If you live in a city with a bike-sharing program, it’s usually possible to charge your electric bicycle while using public bikes. The downside is that these programs typically expect their customers to be physically present with their bikes while charging, which means goodbye to Netflix marathons or other long sessions of sitting idle.

Some programs are even strict enough about this policy not to allow individuals who aren’t actively using one of the public bikes to charge their own e-bikes.

Nevertheless, if you use an electric bicycle for your daily commute, being able to keep it charged without finding extra time during the day makes it just that much more useful and enjoyable.

You could also consider asking a friend if you can come over to charge your bike. Sometimes it’s easier to ask for forgiveness than permission—especially since your friend will probably be happy about the extra company and won’t mind the minor inconvenience of having an electric bicycle parked in their garage.

Just make sure that they don’t get too annoyed with you before finding another charging spot!

In some places, it’s possible to charge your electric bicycle at city hall or another public facility. First, check with your local authority to determine whether this is an option in your area.

Better yet, ask if they can install charging stations for public use precisely—this way, you’ll know for sure what the policies are rather than having to guess based on a few isolated cases.

Also read, How Easy Is It to Ride an Electric Bike

If you’re on a multi-day bike ride with your electric bike, then it might be possible to charge your battery at rest areas along the highway.

Ask an attendant if this is an option since there may not always be chargers for public use—and even when there are, they might only work while the attendant is on duty.

However, some rest areas don’t even have attendants, so as long as you can find an extra outlet in the building, it will probably work.

Remember that you might need a long extension cord to reach your e-bike’s battery—unless you can open up the back casing and detach/reattach the wires to give yourself enough length to plug in right by your bike.

As with rest areas, bus stops could also function as charging stations if wall outlets are available.

This is especially true of routes where there aren’t regular stops happening along the side of busy streets; if there isn’t much foot traffic, then companies may not feel like getting involved with installing chargers at each stop and instead prefer having people charge their bikes at one or two main hubs (such as city hall or the public transit authority).

So can we charge the electric bike at home? Of course. You also have a lot of choices to charge your e-bike. You can try your friend’s house, public facility, and public transportation stop. Finally, you could buy a wall outlet for charging the battery in your free time or outside working hours. In this way, most people will not have problems with it.