Electric bikes have surely come a long way since the first one was patented in 1895, and their popularity has only skyrocketed in recent years.

Technological advancements for electric components have successfully made electric bikes more appealing to people for many reasons, especially in cities like San Francisco, Portland, Philadelphia, New York, and more.

People who dreaded riding up hills or did not want to get tired or sweaty from pedaling a conventional bike are constantly converting into electric bike enthusiasts.

Those who care about their environment are also quick to notice that electric bikes are much more eco-friendly than other common forms of transportation such as cars, motorcycles, buses, and trains.

As gas prices get more expensive than ever and people struggle to social distance with their loved ones during the COVID-19 pandemic, it is not too surprising that electric bikes are finally getting some love. 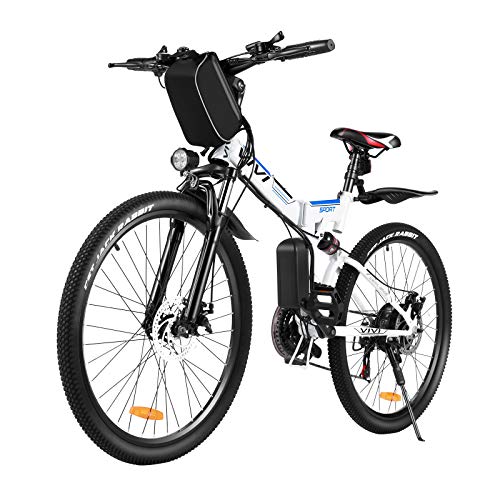 People can now use them to go to work without bringing a change of clothes or to safely have fun with friends and family outdoors.

Some of the first electric bikes used to be so heavy that they could only go as fast as a conventional bike, the only appeal being that it did not require any human effort to move.

Serious cyclists have also been known for frowning upon electric bikes and their users, insinuating that they were lazy and cheating, and claiming that the riding experience wasn’t as satisfactory.

That demeaning mentality seems outdated now that modern electric bikes come equipped with hi-tech batteries and motors that make them faster and fully functional for longer times. Some of them can also be ridden in unpaved roads and rougher terrain.

Owning an electric bike doesn’t mean that you can only ride it while all the electric components are operating. Pedaling is always an option while riding an electric bike with a charged battery, but it can also be ridden safely without a battery and used as a conventional bike.

Read along to learn more about riding an electric bike without a battery and the situations in which that might be your best option.

It Is Safe To Ride An Electric Bike Without A Battery

One of the best aspects of owning an electric bike is that you have the option to ride safely with a dead battery or without one at all.

You will not have to worry about damaging the motor or the bike, but the extra weight from the electric components that make your bike so hi-tech will make it more challenging for your muscles to pedal without power, especially while going uphill.

Removing the battery can also make the electric bike slightly lighter and easier to ride.

Riding an electric bike without power can be manageable for short distances but might be harder or impossible for people with physical limitations and disabilities.

This option can be handy for those who are in a hurry but forgot to charge the battery or for people who want to get some exercise out of the ride.

Why Would You Want To Ride An Electric Bike Without A Battery?

You may also encounter a few moments where you will be better off leaving the battery behind.

If shedding some pounds is your goal, riding an electric bike without a battery is your best option. You will have no other choice but to pedal your extra weight away without any electric assistance, just like a conventional bike that is a little heavier. 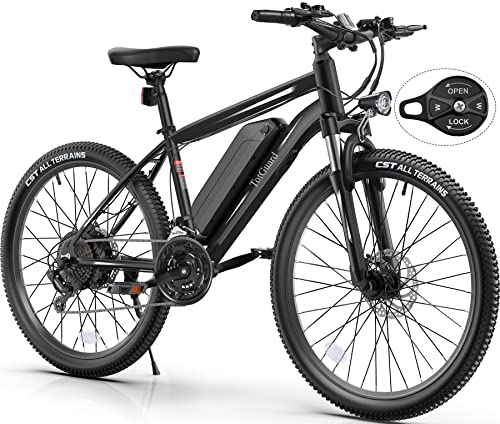 Of course, you could make your workout even more intense by riding with an inactive battery that adds weight, but you would have to resist the temptation to use it for help.

People who ride electric bikes to work may find it convenient to use the extra boost and assistance from the motor and battery to get there on time without getting tired. Their ride back home can be an opportunity to work out by pedaling there without any added support.

Forget about bringing your electric bike with a battery on a plane because it will not happen. Fear about batteries exploding in non-pressurized areas of the plane, and other safety reasons, have persuaded airlines to not allow them aboard. However, you should have no problem bringing the electric bike without it.

Your best bet is to do some research ahead of time to find out if your destination has any local shops that will let you rent electric bike batteries. That way you can still enjoy riding your electric bike in new locations without getting hassled at the airport.

Riding on mountains is a fun off-road activity that you can enjoy safely with a wide variety of electric bikes.

The higher parts of a mountain might only be accessible by using a chairlift, with weight limits easily exceeded by an electric bike along with all its components.

Removing the battery is easy and will make your electric bike lighter, usually placing it within the chairlift’s safe weight limits and allowing you to bring it.

No need to miss any adventurous mountain trails when you can simply leave the battery in a car or wherever you are staying.

Read What Is a Hybrid Electric Bike?

A dead battery is just extra useless weight when equipped on an electric bike, so might as well ride without it. That is one of the most common reasons people ride an electric bike without a battery since it can be easy to forget to charge them.

Unless you have time to wait for the battery to get a proper charge, you’ll be better off leaving it behind. 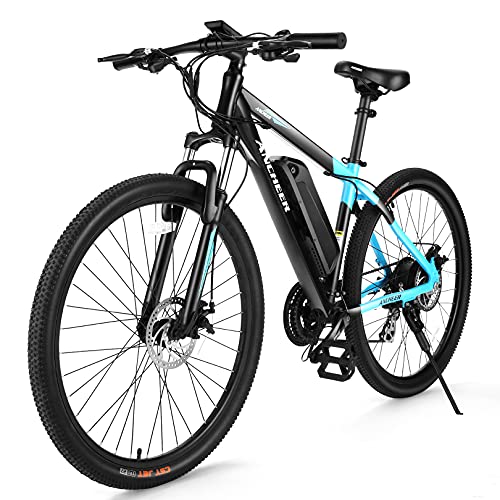 Read How Much Does an Electric Bike Battery Cost?

The heavyweight from your electric bike might become noticeable the first time you find yourself pedaling without a battery that can assist you with an extra boost. These are some of the components that make electric bikes heavier but also modern and reliable.

Electric bike batteries can weigh as little as 3 pounds and as much as 13 pounds, but they usually weigh about 7 pounds. Big, heavier batteries can stay charged for longer times and have more capacity than smaller ones.

If you are trying to make your bike lighter and don’t mind pedaling on your own, then removing the battery is the easiest way to achieve that.

Motors for electric bikes usually weigh about 10 pounds, but unfortunately, they can’t be easily removed like batteries. Crank and direct drive systems tend to be lighter than hub motors, and they all have advantages and disadvantages.

Electric bikes need to have a strong frame that supports the additional weight from their electric components. Most electric bikes are built with aluminum which keeps the bike lightweight but tough enough to handle paved and unpaved roads.

Heavier steel frames are also used by some electric bike manufacturers, but the lighter options would be easier to ride when you don’t want any assistance from the technological components.

Finding The Right Battery For Your Electric Bike

Your physical capacities and riding needs will determine the type of battery that will work best with your electric bike.

Smaller batteries are lighter and easier to ride with but can die on you quicker than big ones. If you plan on traveling far distances with the least amount of effort, then a bigger battery is your safest bet. 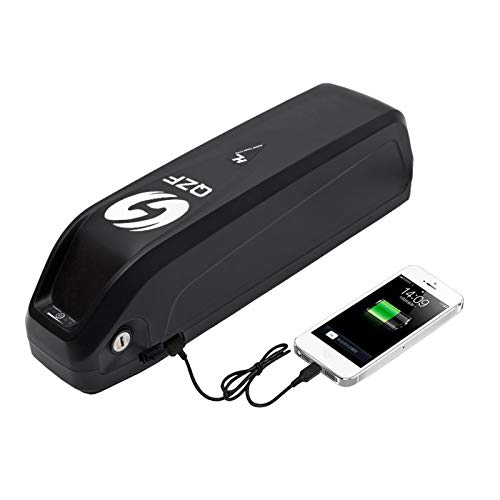 Lead-acid batteries are the cheapest and heaviest ones on the market for electric bikes, but they tend to have less power output than other battery types of similar size.

This lead-acid battery manufactured by UPS Battery Center costs $79.99 and has a 4-star rating on Amazon. The 12-volt battery weighs 16 pounds and can also power golf carts and lawnmowers.

Most new electric bikes are sold equipped with lithium-ion batteries, which is quickly becoming the industry standard. These batteries tend to be on the pricier side but are also known for being more durable and having more power output for their weight.

This 48-volt lithium-ion battery from the brand QZF sells for $269.00 and has a 4.5-star rating on Amazon. It can take 6-7 hours to charge this battery which also comes with a charger included.

Read What Is Pedal Assist Electric Bike and How it Works

Your battery’s durability will highly depend on how well you maintain it while it’s on or off your electric bike. The battery’s life can also be extended during rides by simply using little or no electrical assistance and relying on your fitness for pedaling.

If you are going on an off-road trip and decide to remove the battery, make sure to keep that space clean to avoid connectivity issues when plugging the battery back in.

Batteries perform their best with a 20-100% charge, and it is strongly recommended to never let them die. It is equally important to avoid overcharging batteries because that can lead to poor charging cycles and damage the battery with time.

Extreme temperatures can also harm electric bike batteries that remain in storage for a few months, and it is recommended to keep them in a dry space between 45 and 85 degrees Fahrenheit. They should also be stored with a 40-70% charge and, if possible, should be recharged back to that range whenever it drops to 20% or lower.