Electric bikes are a marvel of modern technologies that make them highly efficient and convenient forms of transportation. They help reduce global carbon emissions and help promote physical activity.

However, fuel-powered bikes take the lead when it comes to speed. With average speeds of only 20mph, electric bike owners struggle with reaching their destination on time. 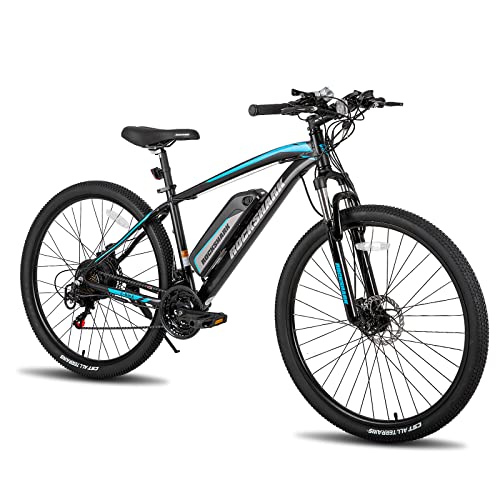 How to Increase Your Electric Bike’s Top Speed?

Riding an electric bike at high speeds can be an exhilarating experience. It could boost the rider’s adrenaline levels and increase their heart rate.

Their energy-efficient technology may optimize energy usage but does not promise high speeds.

Luckily, some simple measures and hacks can increase any electric bike’s speed and performance. However, before you decide on increasing the e-bike’s speed, educate yourself on regional speed limit laws.

E-bike accidents caused due to high-speed riding are not uncommon in the US. Most accidents often lead to bone damage and fractures. Severe crashes can result in serious wounds, permanent brain injury and even death.

A recent report by the Consumer Product Safety Commission (CPSC) revealed that e-bike and e-scooter accidents have increased by 70%. Most of these accidents result in broken limbs, road rashes, neck injuries, and brain damage. The CPSC has also recorded 71 deaths in just one year.

Hence, every country has designed speed laws that determine how fast an e-bike can go. These laws play a pivotal role in reducing the risks associated with riding at fast speeds.

Speed laws are designed according to the country’s roads and protect the rider, other vehicles, and pedestrians. Most American states permit using a 500Watt battery electric bike with a 20mph top speed.

California has designed a system that classifies e-bikes into three categories. The different classifications are then allowed different top speed limits.

Many other states have followed California’s example and developed a similar speed limit system. The table below shows the e-bike classifications and their respective maximum legal speeds.

After you’ve researched regional e-bike speeding laws, one can work on increasing their e-bike’s top speed. The speed can be increased by simple tricks, tips, and technical hacks.

Multiple factors determine an electric bike’s speed. These factors include:

Learning about how these factors affect speed is critical when trying to increase the top speed. 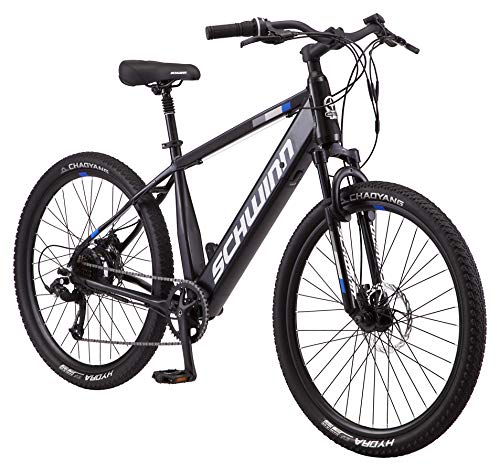 An electric bike’s battery is its most critical and expensive component. Poor charging routines and neglect can damage the battery’s performance and reduce its lifespan.

Develop a proper charging routine that maximizes your battery’s charge without damaging its range. You need to:

Poor charging routines and battery neglect can damage a battery’s charge storing capacity. With a lower charge or voltage, the electric bike’s top speed would be reduced.

Reduce the Total Weight on an Electric Bike

Heavier electric bikes need bigger batteries to go at high speeds. Heavier weights put pressure and stress on the battery, causing an increase in charge usage. The voltage per cell is reduced with lesser available charge, dropping the maximum speed.

To increase your electric bike’s top speed, you must:

An electric bike running on old, worn-out tires would not achieve high speeds. It would use more battery power to pull the bike on old tires. As a result, the battery charge would drop, causing voltage and speed to reduce.

Old and cracked tires lose traction on paved surfaces and can cause an electric bike to slip. Hence, to ensure safety and increase the top speed, you should: 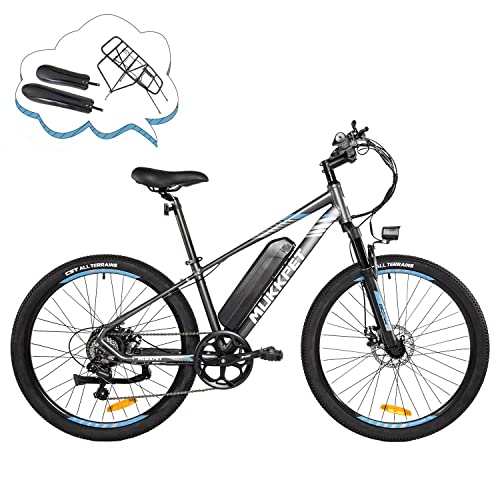 Ride Your Electric Bike with a Less Upright Posture

Riding an electric bike while sitting upright can decrease the e-bike’s top speed. The body’s wide sitting posture has a greater surface area, which increases the total aerodynamic drag.

Hence, you should slouch slightly or ride in a crouching posture to increase the top speed. Doing so reduces your body’s surface area and makes it more streamlined. Consequently, the aerodynamic drag is reduced, and the e-bike picks up speed.

Electric bike tires with punctures or low air pressure would add damaging stress to the electric bike’s battery. Delaying tire repair and riding with low-pressure tires could eventually lead to a need for tire replacement.

Hence, invest in a home air pressure gauge. It will allow you to check the electric bike’s tires’ air pressure before riding. Moreover, invest in an air pump to properly inflate your tires in case of pressure loss.

However, excessive air pressure will result in a bumpier bike ride. The increased diameter would lower the tire’s traction on paved roads. As a result, your electric bike could crash.

Regenerative braking systems increase an electric bike’s battery’s efficiency. They work by recovering the extra kinetic energy that otherwise is wasted as heat. That kinetic energy is reconverted to electrical charge and stored in the battery.

The voltage produced per cell would be high with the excess battery-electric charge. As a result, the electric bike would go at higher speeds.

Moreover, remember to tune your brakes properly before going for a ride. Poorly tuned brakes can add unwanted friction to the tires. As a result, your electric bike’s speed would be reduced.

Add a Windshield to Your Electric Bike

You can buy a windshield online and install it yourself or visit an electric bike workshop to do this. Usually, this requires minor modification to the e-bike, which is not that costly.

Although a windshield may sound like a bad idea for increasing speed, it works effectively. The rider’s stiff body increases the e-bike’s aerodynamic drag without a windshield, reducing the speed.

With the installation of a windshield, the aerodynamic drag is relatively reduced. The shield’s curved and flexible body allows air to part and rush past the bike more efficiently. Bike enthusiasts claim that a windshield can increase an e-bike speed by 3 mph. 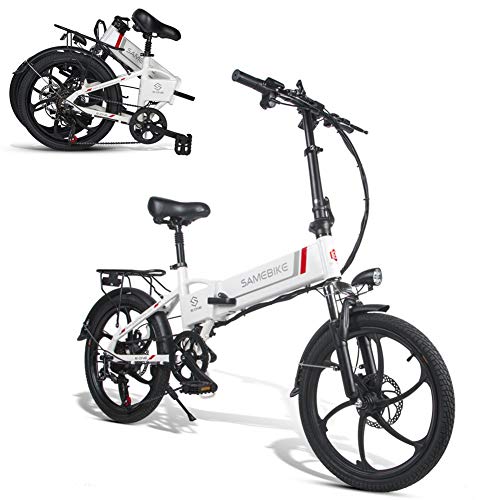 Invest in a Higher Power/Voltage Battery

An electric bike’s battery has a voltage designed to cater to a bike’s specific needs. The higher an electric bike battery’s voltage, the higher its top speed.

The table below shows different e-bike battery power sizes in Watts. It also shows their respective top speeds on a flat landscape.

Swapping to a bigger battery without checking your controller’s ability could fry the wiring and the controller. Moreover, invest in a new meter reading device that can keep up with the battery upgrade.

With more electric charge available, the battery produces more voltage per cell. As a result, the electric bike’s top speed is increased.

Removing an electric bike’s speed limiter is illegal in many American states. This ban is because people can deceive the system and ride at illegally higher speeds.

All you need to do is disable the connecting wire linked to the e-bike’s speed controller. According to the electric bike’s brand, this speed limiting wire may vary in location and color.

The KV value is the ratio of the motor’s RPM to its maximum voltage. The higher a motor’s KV value, the higher the RPM and power. As a result, the higher will be the electric bike’s speed.

To increase the motor’s KV value, you can replace the electric bike’s motor. For this, you need to invest in a new motor and rear tire for a higher RPM.

Another option would be to rewind the existing motor. To do this, reduce the number of coil wire turns around the armature. Fewer coil turns would increase the motor’s KV value and increase the e-bike’s top speed.

An electric bike could be as exciting as a fuel-powered motorbike when ridden at high speeds. Regardless of the type of electric bike one owns, small tips and hacks can help the e-bike go faster.

Some simple tips to increase the speed include reducing the total weight, getting new tires, riding on a fully charged battery, etc. Whereas upgrading to a bigger battery and increasing the motor’s KV value are technical hacks for increasing the e-bike’s top speed.