Getting an electric bike is no small investment. However, once you finally purchase one, your everyday commutes are entirely changed for the better.

Every ride relaxes your body, helps you benefit from a cardio exercise without tensing your leg muscles, and helps you reach your destination on time and cost-effectively.

However, before you get too excited about buying an electric bike, you must check the regional laws. This is especially important for New Yorkers, as the city has a strict limit on the kind of e-bike one has. 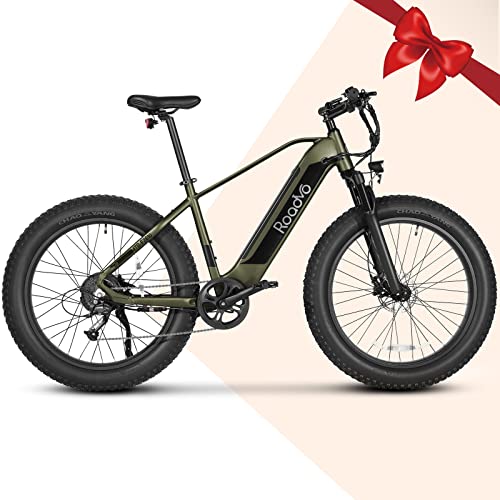 Is Riding an Electric Bike Legal in New York City?

In today’s post-pandemic economic crisis, all governments worldwide are trying to encourage their citizens to shift to electric vehicles to protect the people against rising fossil fuel costs and save the environment from CHG emissions.

Hence, no country, state, or city has put a complete ban or restriction on the use of electric bikes, mopeds, electric scooters, electric cars, etc.

However, most countries and cities have clear laws and limitations regarding the type of electric bike one can ride on roads.

These restrictions are usually not stretched to private property and are only limited to public areas for multiple reasons.

Similarly, riding an electric bike is legal and highly encouraged in a technologically progressive city like New York. This is especially true considering the vast amounts of traffic that move throughout the city.

However, people are still encouraged to research electric bike legality in NYC before paying a hefty price to buy an e-bike just so that their investment does not go to waste.

This is important because while electric bikes are legal in NYC, not every electric bike will be permitted to go on public property.

If you live in NYC or plan to move there, it is essential to know that only class 1 and 2 electric bikes are permitted in the city. There are reasons for this, of course, which we will get into later on in this article.

If you have a high-speed class 3 electric bike, you will only have the option to ride it on private grounds; otherwise, you will be fined, and the authorities may confiscate your electric bike.

But what are electric bike classes, and why is not the use of all e-bike classes legal in all cities and countries? 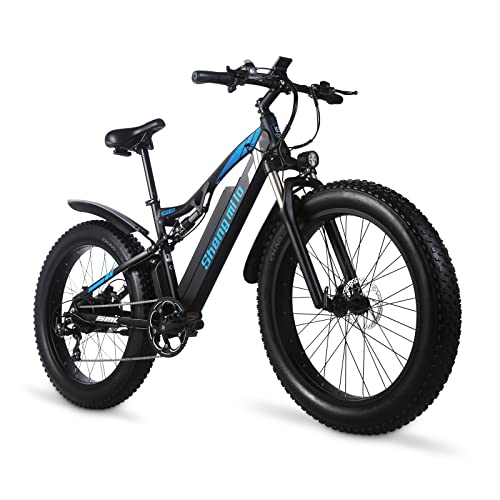 Continue reading below to learn more about electric bike classes, what every class is capable of, and why class 3 electric bikes cannot be used publicly in NYC.

Moreover, the article also sheds light on what one can do if they have already paid for a class 3 electric bike.

What Are Electric Bike Classes?

When a person plans to buy a four-wheeled vehicle, they have options between buying a standard sedan, a high-power SUV, or a high-performance sports car.

All electric bikes are divided into three classes or categories based on their design mechanisms, abilities, and intended uses.

The electric bike class one selects will depend on the rider’s preference, budget, electric bike riding experience, and the laws of their region of stay.

As the name suggests, the pedal-assist electric bike is designed to offer motorized electrical assistance to a rider’s pedaling motion. 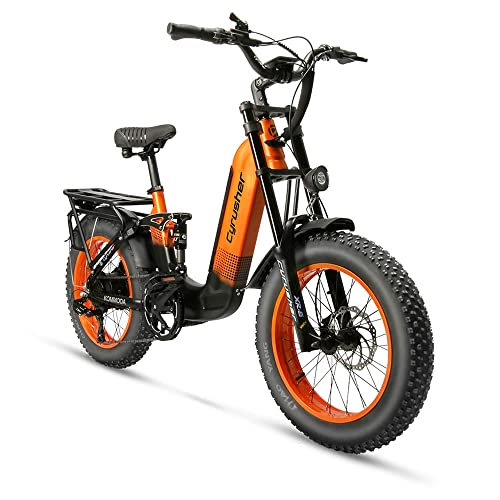 As soon as the rider stops pedaling their electric bike, the motor will turn off automatically. No more electrical assistance will be offered to keep the electric bike in motion. As a result, the e-bike will come to a halt.

Hence, the pedal-assist electric bike depends on the rider’s pedaling and will only perform if the rider continues to pedal the bike. This is how the mechanism of class 1 electric bike works:

At the lowest mode of pedal assistance, the rider has to do most of the work to keep the electric bike in motion, and the motor offers only minimal assistance.

On the contrary, in the highest mode of pedal assistance, the motor assists the rider’s pedaling by offering the highest amount of kinetic energy.

This allows the electric bike to reach its highest speed while requiring minimal pedaling from the rider.

Most class 1 electric bikes come with 250-Watt or 500-Watt motors, which allow the e-bikes to travel at a top speed of 15 to 20 miles per hour, which is within the permitted riding speed in NYC.

A class 2 or a pedal-free throttle electric bikes are relatively more expensive and bulkier than class 1 e-bikes. 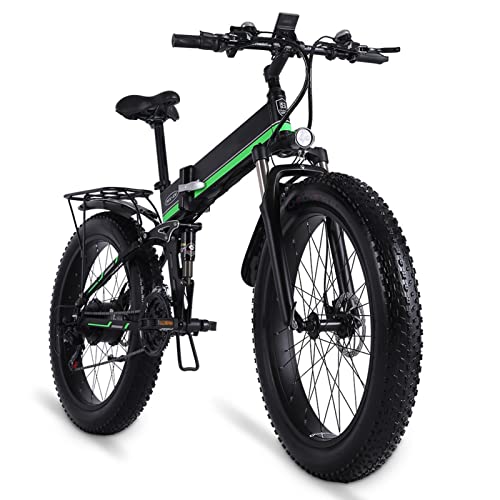 Although pedals are present on class 2 electric bikes, the e-bike’s mobility does not depend on the rider’s pedaling.

Instead, the rider can either pedal the electric bike like a class 1 e-bike or ride it like an electric motorcycle without pedaling.

This is how the mechanism of class 2 electric bike works: 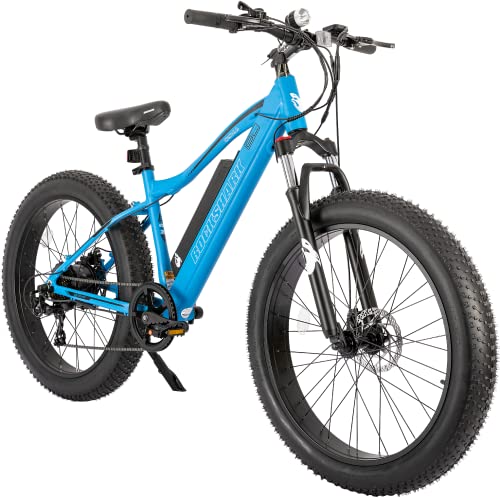 These electric bikes are highly expensive, heavy, and have motor sizes between 1000-Watt to 3000-Watts. This means they can output far more power than class 1 and class 2 electric bikes.

Why is the Class 3 Electric Bike Illegal in New York City?

As a result, people who have spent a fortune on their class 3 electric bikes usually complain about the strict regional laws and regulations. 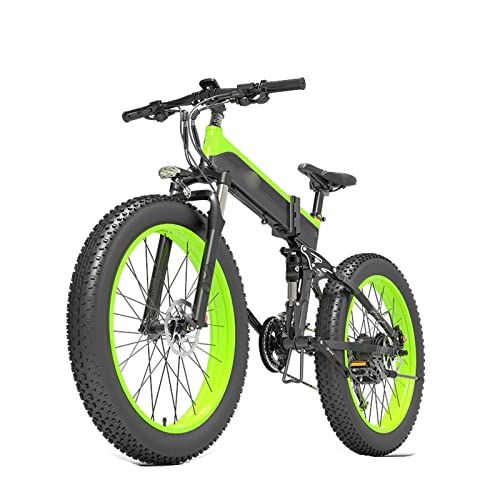 However, the governing body for NYC has multiple justifiable reasons for placing a ban on the use of class 3 electric bikes. Some of these reasons are as follows:

Hence, for these reasons, using a class 3 electric bike in a busy and highly populated place like NYC is illegal.

What Type of Electric Vehicles are Permitted for Usage in New York City?

According to the recent EV laws, riding the following vehicles is permitted in NYC: 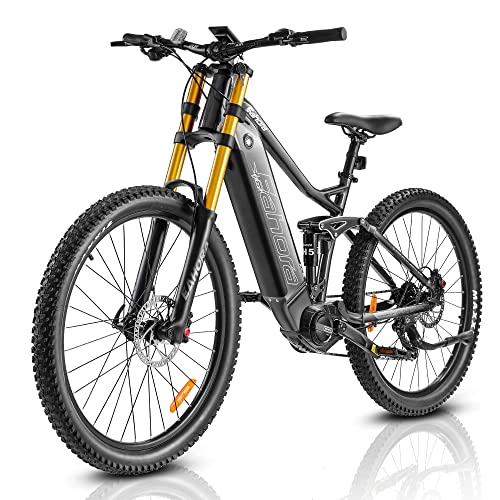 What Type of Electric Vehicles are Permitted for Usage in New York City?

As per the recent laws, riding the following vehicles is prohibited in NYC:

How to Ride an Electric Bike More Safely?

An electric bike can be a fantastic luxury if you are always on the go. When you ride an electric bike, you save yourself from the expenses of filling gas, and also do your part to protect the environment.

Whether you need to ride to work, school, the mall, or by the sea, an electric bike can offer you a gentle yet effective cardio workout while allowing you to reach your distance on time.

Always check the regional laws before purchasing an electric bike to avoid any problems later.

However, if you live in NYC and you have already invested in a class 3 electric bike, you can do the following: